I asked her what she wanted me to blog about and she said anything and so I want to tell y’all why I can never have a side dish.

Believe it or not (BELIEVE IT!) I have been given this offer before and I don’t know if I should be proud of myself. Anyway, I was in a relationship of many many many many years, okay maybe not so many but yea dudes still came to declare interest in me. And the fact that I had a boyfriend (which I clearly made sure to tell them), wasn’t an issue. If anything, they were willing to be the second best…What the F?!

Maybe to set it straight, in this post, a side dish or nigga refers to having another  full on relationship with a guy where I am expected to also put in effort as I do with the main boyfriend. So, that makes it being in two or three or even four (depending on how strong you are) relationships at the same time. I am not talking about having a frienefit or anything like that whilst in a relationship.  I mean a full 24 hour relationship.

So, this is why I can never have a side nigga:

It is so much hard work: one person is already too much work, where will I get more strength to be PHYSICALLY & EMOTIONALLY present in the other relationship. Andizi! Imagine a situation where you fought with bae number 1 and 2 at the same time, that’s like double trouble and my likkle weight can’t carry that.

He won’t respect MY rules: he will at first, until he gets too comfortable and forgets that he is just a spare wheel. Remember a side person cannot behave like the main bae. You have set times when to call, visit etc. At some point, if we manage to carry on with the shenanigans, he will start calling at any time, or when I am with bae. So now you want to cause problems in my other house?

This will then lead to him complaining about how we are not spending time together, how he wishes to be main bae. Damnit nigga, you are secret and that’s that, know your place. Making it worse, he will start uploading my pictures or pictures together on social media!!!!!!  Hayi, Bulawayo is too small for such drama.

Main bae has the ‘IT’ factor: by this I mean that he owns the copyright (I am speaking the Publishing jargon). He is the one who goes out with me, if he is known at home and there is something; he’s the one who gets invited…HE HAS SNU-SNU RIGHTS, and for everything in between. So, him coming in to trick me and expecting a promotion won’t work.

Having a side dish is tough and it’s just a risky move especially when you have a good thing going on with your partner. It is a waste of my precious time and if someone doesn’t value or understand their own self-worth, it’s a sad thing to see and I will not be a part of it. I know I am the only Fikile you’ll ever see, but if I am taken, then move on sir.

#16 Of Loss And Grief: You Only Have To Go Through It Once

#15 Free Will: Something Close To My Heart 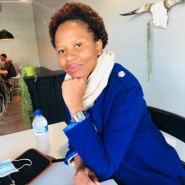 Let me know what you think Cancel reply